WARNING: This product contains nicotine. Nicotine is an addictive chemical.
0
Home News The Nautilus 3 Tank: Made For Convenience!

The Nautilus 3 Tank: Made For Convenience!

(Okay, it wasn't named after that movie I just made up, but how great would that be? I'd watch that thing in a hot second.)

The Nautilus 3 has been designed for convenience. The vape world is constantly working to make their products user friendly, and easier-to-use than ever before. It's like they want to be accepted in a world that hates and fears them. Like Marvel's X-Men, but without any adamantium bones, or handsome dudes with laser-faces. But let's be honest; Marvel hates and fears vaping, too.

But, with convenience forefront in everyone's minds, Aspire has made the Nautilus 3 even better than the versions which came before. It's been designed from the ground-up, using existing Nautilus coils, (because if it ain't broke, don't fix it,) and provides a high-quality mouth-to-lung experience. The flavors are heightened, and the world is happy and magical.

Some details for those of you who want more than fluff-talk about how great the tank is: It uses a 510 replaceable drip tip, and has a 4ml e-liquid capacity. Here's an exploded view of the tank and its component parts: Boom, baby. EXPLODED. Like a torpedo being fired at a giant squid, "Twenty Thousand Leagues Under The Sea"-style!

The dimensions overall are 24mm in diameter by 48.5mm tall; suitable for a wide array of battery mods. You know what also has tanks? Submarines.
It's a little thing called 'ballast," folks.

Now, if you're like me, (and I know I am,) you are god awful at filling your tank. You try to aim and squirt that juice in as carefully as you can, trying not to make it leak, but then you sneeze and it explodes everywhere, and your father slips in it and hits his head on the new granite countertops you had installed in your kitchen, and then you have to send him to the hospital, and the bills are enormous, and it ruins your life.

...But that may just be my personal experience.

However, the Nautilus 3 has an easy-fill, ultra-simple filling design, so you can fill the e-liquid just by sliding and opening the top cover. ...So, it's better. If this had been invented a year ago, my father may still be alive today. But nobody's ever died from refilling a drip tip, folks. That's ridiculous.

Once it's full of juice, however, you can still change out the coil, without spilling! It comes designed with a shut-off valve, and a press-fit coil replacement system. It's as easy as sliding a torpedo into a torpedo tube. Maybe even easier.

The Nautilus 3 tank provides several airflow options, which can be adjusted through 7 different configurations. The diameters of the air holes are 3.0 mm, 2.6 mm, 1.8 mm, 1.6 mm, 1.2 mm, 1.0 mm, and 0.8 mm. That's a wide variety, providing an excellent range of flavor density. 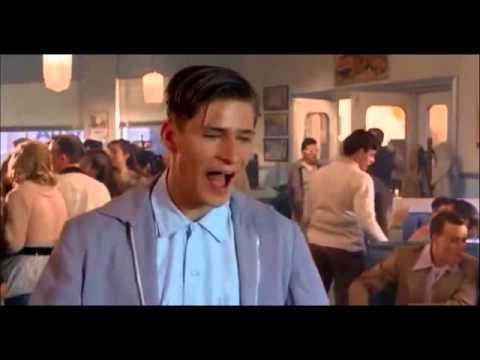 So, if you're looking for a bigger, better tank, (named after a fictional submarine from a movie sequel I made up,) that has an amazingly simple fill port, easy-to-replace coils, and more vent configurations than you can shake one-through-six sticks at, then the Nautilus 3 is for you.

Go see Twenty Thousand Leagues Under The Sea 3: Battle Of The Mer-People, in theaters now. Also available for rent on your favorite streaming platforms. (It's there. Just look harder, if you don't see it right away.)